T.M. Logan is a bestselling author whose thrillers have sold more than 2 million copies in the UK and are published in 18 countries around the world. Formerly a national newspaper journalist, he now writes full time and lives in Nottinghamshire with his wife and two children.

1.What sparked the idea behind THE MOTHER? And did the book change as you wrote it?

The first germ of an idea came when I watched a TV documentary about the trial of Louise Woodward, the British nanny convicted of the involuntary manslaughter of the baby in her care. I had followed the case on TV back in 1997 and watching it all again brought back memories of the case, of the prosecution, the medical evidence, the media coverage – and the fact that the defendant has always maintained her innocence. It got me thinking about what it would be like to be wrongfully convicted, and the story of THE MOTHER grew from there.

There were some changes to the book as I wrote it, around the motivation for the crime, but the core of the story remained the same.

2. Which was your favourite character to write?

I really enjoyed writing Jodie, the woman Heather meets in the probation hostel after she’s released from prison. She’s another ex-prisoner and she has faced a lot of adversity in her own life, she’s tough and vulnerable at the same time, and has a wicked sense of humour. The two of them become friends and quite protective of each other, and I like how their relationship develops.

3. You set THE MOTHER around the Bath and Bristol area, what made you choose this as a location?

When I was planning the book I had a broad sense of the story, but not of place. While I was researching women’s prisons, I found one near Bristol (HMP Eastwood Park); then a few days later I happened to be visiting my son Tom in Bath – he was a first year undergraduate there at the time. The city and the prison are not too far apart and it was my first proper look around Bath, which I thought would make a great location for the story. The geography just seemed to work. Also my brother Ollie lives near Bath and was very helpful in answering my weird questions!

4. How did you approach structuring THE MOTHER? How difficult was it to move between the past and present narratives?

I wrote the first draft in a linear, chronological way, which helped me to get the order right in my head. Then in later drafts I moved the flashback sections (directly after the murder) so that they are interspersed with the present-day narrative. I found this helped with the flow of the story and with maintaining a good pace.

5. You’ve written before about themes of parenthood and what happens when the parent/child relationship is threatened – what do you think draws you to this?

As a parent myself I’ve always been fascinated with that relationship, the vulnerability of it from the parent’s perspective. It just feels so unimaginable to be separated from your own child, especially when they’re very young, and you can imagine people would go to any lengths to get a child back. I’ve always been drawn to stories that reflect universal themes.

6. You’ve now published seven thrillers – which has been your favourite book to write so far?

I’d have to say THE MOTHER because with each book I write, I try to improve my process, learn more about the craft of writing and bring more to it – so each one is more rewarding than the last. I’m always trying to improve what I do and the get better as a writer, with the aim of creating more compelling stories. I hope readers feel that way too!

7. Do readers ever surprise you in the way they respond to your books?

I’m continuously amazed at the reaction to the books, even now. The way they connect with people, the passion and enthusiasm people have for the characters and the stories, never ceases to surprise me – with every new book I always get a feeling of imposter syndrome creeping in so it’s lovely to get such positive reactions in return.

8. You’ve had two novels adapted for TV so far, THE HOLIDAY and THE CATCH, how have you found this process? Which book would you most like to see adapted next?

It’s been wonderful and quite surreal to see those two books come to life on the screen! I’m quite new to the process so it was fascinating to talk to the screenwriter, to feed back on scripts, to sit in on full-cast Zoom rehearsals and see all the work that goes into a TV production. I was lucky enough to spend a day on the set of THE CATCH last summer which was a brilliant experience. In terms of other books, I think THE CURFEW and TRUST ME would both translate really well to the screen, and I have my fingers crossed for both of them.

9. If you weren’t a bestselling thriller writer – what would you be?

Probably working in communications or maybe journalism, which was what I did before I turned to writing full-time. My childhood dream was to be an astronaut but that didn’t quite work out!

10. Can you give us a hint about your next thriller?

My book for 2024 (which I’m working on now) is a story of sibling rivalry taken to the extreme. Four estranged siblings are reunited on a beautiful island off the Croatian coast, to learn the truth about their family and find out which of them is going to inherit the family fortune. Suffice it to say, not everyone is going to get off the island alive. 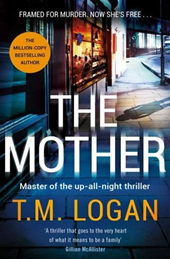