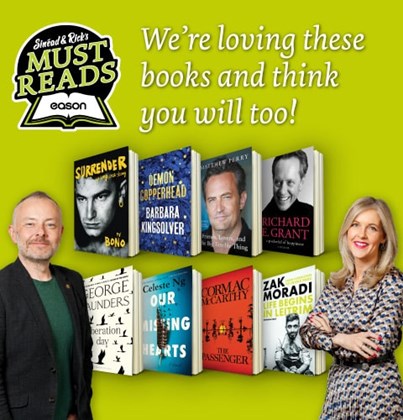 I admit I’m a U2 fan, so I was worried that I wouldn’t like this memoir. Sometimes musicians are a lot better at creating music than writing books. However, I’m very happy to say I loved it.

Surrender is Bono’s first autobiography (of sorts), but it is also a love story to the band U2 and to Bono’s wife Ali. In this very revealing and candid account, he starts with his early years, and reveals the long shadow of grief that was cast over his life when his mother died when he was only fourteen, and subsequently, how complicated his relationship with his father was. He then takes us through the forming of one of the most iconic bands of all time and shares the story of his first encounter with his wife Ali as a teenager in Dublin. What may be somewhat surprising to many is that, contrary to Bono’s public persona, in this account of his life, Bono comes across as all too self-aware and at times even self-deprecating.

He is honest about being an absent father at times when he was on the road and how Ali had to hold it all together and gives an in depth account of how the band almost broke up many times, but how their friendship and respect for each other and their love of music always prevailed. He talks about how his move into activism had highs and lows and how at times he was naive.

It’s a really engaging, well written and honest insight into, arguably, the most famous front man in the world. His self-awareness is endearing and this memoir gives really good insight into the man behind the microphone. Damon is a kid in a trailer in coal country in Virginia in the late 80s born to a teenage mother who soon overdoses, putting him through a wildly flawed foster system, and dragging him into a world of drugs, high school football, and near slavery. As time passes and the Oxycontin epidemic starts to take hold, he struggles to survive, just like almost everyone else around him.

In the middle of all this, Damon somehow perseveres to become a talented cartoonist, and subsequently creates a series which aims to debunk the dehumanising stereotype of rednecks and hillbillies while still suffering Oxy addiction just like everyone else.
Yes, the book is a (fairly loose) adaptation of David Copperfield, but it’s also about so much more than that. It’s a tirade aimed at modern American society, and of the way it treats people from some states as “less”, and cannon fodder for pharma giants to make billions. Compelling stuff.

Friends, Lovers and the Big Terrible Thing by Matthew Perry Friends, Lovers and the Big Terrible Thing by Matthew Perry

If you’re expecting a behind the scenes account of the time that Matthew Perry spent on the set of ‘Friends’ in his memoir, then think again. This is not what I expected at all. It’s a jaw droppingly shocking story of one of the stars of the biggest sitcoms of all time who would go on to become an addict of epic proportions. Matthew Perry is a hopeless addict who almost lost everything to drugs. Over the last 30 years he has almost lost his life many times over. He spent over $9 million on rehab in futile attempts to get sober, and at one stage, he was taking 55 Vicodin pain killer tablets a day. Throughout the filming of Friends, he talks about times when he would be picked up from rehab, go on set to record the show and then be driven straight back to rehab again. Over 30 years he tried everything to get sober but failed every single time.

Things get so bad that he wants to die. He almost does when two years ago his addiction leaves him in a coma for 2 weeks. This is the final straw that jolts him into sobriety.
As shocking, honest and raw as his story is, he is still able to use humour to keep you turning the pages. He is able to write the memoir because he is finally sober, and has been for almost two years. But, when you turn the last page you are left holding your breath and hoping that this gifted actor can turn his life around and stay sober this time. I think you are going to love this. George Saunders, author of ‘Lincoln In The Bardo’, a novel pretty much unlike any other I have ever read, returns with a collection of short stories that vary wildly in place, time, and tone, but don’t have a dud amongst them. Some are set in the near future, like the title story in which real live humans are pinned against a wall in a basement and used as puppets in performances for gatherings, or Elliot Spencer who exists in a dark, shady time in which the elderly are farmed out as robotic rent-a-protests. Some are just about escalating stories of everyday events that go horribly askew. One is a future letter from a grandparent, apologising for not doing enough as the world turned to fascism.
Part high-concept speculative fiction, part Raymond Carveresque stories of Americana, the collection is genuinely glorious and one of the most wonderful things I’ve read this year. This is a gorgeous, warm, uplifting book full of positivity, gratitude and love. I ate it up. Zak is a proud Kurdish man who was born in a refugee camp in Iraq at the hight of the Gulf War. He spent his early years growing up in a camp with his extended family and other refugees and little hope of ever getting out.

After applying many times, his family were finally offered a new life in Ireland. The Moradi family ended up being resettled in Leitrim and that’s where Zak was introduced to the GAA. It was the GAA club and particularly hurling that helped this wonderful boy integrate, and the kindness and community of the GAA shines through this book. It was the GAA that helped Zak forge lifelong friendships, excel in a sport, and which subsequently allowed him to build a real life for himself in Ireland. It’s a beautiful memoir that doesn’t shy away from the awful plight of refugees and displaced people, and is open about the heart-breaking history of the Kurdish people.

Zak describes himself as being made up of Kurdish blood with an Irish heart, and we are lucky to have him among us.

The Passenger by Cormac Mc Carthy The Passenger by Cormac Mc Carthy

Coming sixteen years after his last book the dystopian classic ‘The Road’, the new novel from Cormac McCarthy will be eagerly awaited by many. The central character, Western, is a salvage diver working out of New Orleans in the early 80s. On one of his expeditions, he re-surfaces from a sunken private plane just off the coast, one that appears to have a missing passenger from the manifest. But, despite what you may think initially, The Passenger isn’t a thriller.

More important than the plane, is that Western is also a brilliant physicist whose father was part of the original Manhattan Project that created the atomic bomb. His sister, Alicia, was even more brilliant than he is - her unexplained suicide has shadowed the rest of his life. We spend some of the story with him as he is menaced by figures from shady government agencies asking questions about his interest in the downed plane and meets other wildly interesting characters in 80s New Orleans, then some with Alicia earlier in life dealing with depression, spiralling, and conversing with a series of hallucinated characters called “the cohort”.

This is vintage Cormac McCarthy - incredible descriptive passages, beautifully florid characters, but also sprinkled throughout with a dash of quantum physics. It’s also really whetted my appetite for the follow up “sibling” novel Stella Maris, which I’m delighted to hear is due at the end of November.

Our Missing Hearts by Celeste Ng Our Missing Hearts by Celeste Ng

‘Our Missing Hearts’ is another brilliant novel by the author of Little Fires Everywhere.
The central character, Bird, is a twelve year old boy who lives with his white American father, but is also the son of a famous Chinese-American Poet Margaret Miu. His mother disappeared one night three years ago and Bird doesn’t understand why. His father never mentions her name and tells him to forget she ever existed. But Bird misses her desperately and decides to go and find her. On his journey he meets a group of brave librarians running an underground resistance group and finds his mother who had become a leader of the movement.

Ng’s new novel is being described as dystopian, but, sadly, much of what happens is all too familiar. It is set in a post-crisis, post-recession America where the government blames the crisis on China’s market manipulation and the country becomes ruled by fear and blame. Slowly, but surely, that fear is used to point the finger at Asian American’s for causing all of the country’s problems. Suddenly, they are accused of being anti-American, their neighbours spy on them and accuse them of being unpatriotic, and their children are removed from them because they are no longer fit to be parents. While the book is full of grief and tragedy it is also full of hope and courage. It’s a very timely read and one that will send shivers of recognition down your spine.

A Pocketful of Happiness by Richard E Grant A Pocketful of Happiness by Richard E Grant

Joan Washington had been one of the most legendary dialect coaches for film and stage for decades, had been married to the actor Richard E.Grant for 35 years, and in 2020 was diagnosed with stage four lung cancer, dying eight months later. This book is both his brutally honest diary of those last months, and their love story that started just before the beginning of his career in acting in the 1980s.

‘A Pocketful Of Happiness’ might just break you a little bit. It’s both an inspiring story of two people devoted to each other for decades, and a heart-breaking first-hand account of their last months together. It would take a heart of stone to not find yourself welling up all over the place, but it’s also a document of two people devoting their lives to each other in what seems to be blissful happiness and her last request to him to, when she was gone, try to find a pocketful of happiness in each day. One you need to bring home and curl up with in the dark days of Winter.

The queen of dirt island The Women Could Fly TPB

Carrie Soto is Back

Lessons From The Bench Other Guinness Girl A Question of Honor TPB 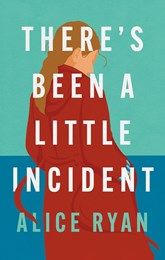 There's been a little incident 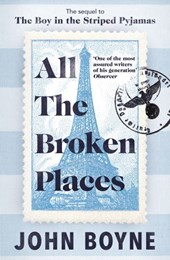 All The Broken Places TPB