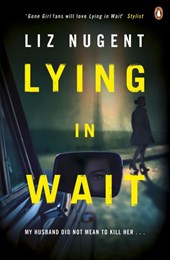 Cordelia Russell has been living on the French Riviera for twenty-five years, passing herself off as an English socialite. But her luck, and the kindness of strangers, have run out. The arrival of a visitor from her distant past shocks Cordelia. She reacts violently to the intrusion and flees her flat to spend a drunken night at a glittering party. As dawn breaks she stumbles home through the back streets. Even before she opens her door she can hear the flies buzzing. She did not expect the corpse inside to start decomposing quite so quickly . . . 'The finest psychological thriller writer currently at work' Tammy Cohen 'Dark, brutal and brilliant' Colette McBeth 'Dazzling ... chilling, mesmerising and, ultimately, devastating. Pure storytelling genius' Mark Edwards

Liz’s first novel Unravelling Oliver was published to critical and popular acclaim in Ireland in March 2014. It quickly became a firm favourite with book clubs and reader’s groups. In November of that year, it went on to win the Crime Novel of the Year at the Irish Book Awards and was long listed for the International Dublin Literature Prize 2016. She was also the winner of the inaugural Jack Harte Bursary provided by the Irish Writers Centre and the Tyrone Guthrie Centre in Dec 2014.

Her second novel, Lying in Wait, was released in July 2016. It went straight to number 1 in the Irish Bestseller lists, remaining there for nine weeks and spent eight months in the top ten.
In September 2016, liz was awarded the Ireland Funds Monaco bursary and went to Monaco for a month to write in the Princess Grace Irish library.
In November 2016, Lying in Wait won the RTE Ryan Tubridy Show Listener’s Choice Award at the Bord Gais Energy Irish Book Awards. The book was also shortlisted in the Crime Fiction category. It has been long listed for the Dublin International Literary Award 2018.

Liz is absolutely thrilled that Scout Press, an imprint of Simon & Schuster USA published Unraveling Oliver in 2017 with Lying in Wait scheduled for publication in 2018. She is very pleased to be in the editorial hands of Jackie Cantor. Unraveling Oliver was chosen for the BEA Book Buzz panel at Book Expo in June 2017

Liz was honoured to win the Irish Tatler Woman of the Year award in Literature in October 2017.

Her third novel, Skin Deep is published by Penguin books in the UK and Ireland in Spring 2018.