Liane still lives in her homeland of Sydney, Australia, together with her husband, son, daughter and Labrador.

Browse through the rest of Liane Moriarty's book collection, from 'Big Little Lies' to 'Nine Perfect Strangers', find your next favourite read. 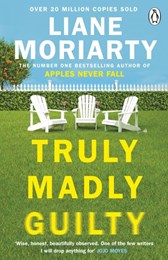