Read The Diary of a Wimpy Kid books in order

THE DIARY OF A WIMPY KID BY JEFF KINNEY

The Diary of a Wimpy Kid by Jeff Kinney was first published in 2007 and introduced children around the world Greg Heffley, his family and his best friend Rowley Jefferson. Greg records his daily adventures in his hilarious diary, packed with text and cartoons that are hugely appealing to young readers aged 8 to 12. 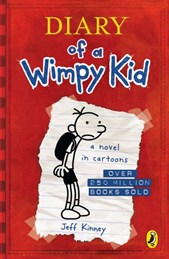 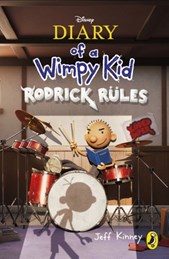 The second book in the global bestselling, laugh-out-loud, fully-illustrated Diary of Wimpy Kid series - now available with a special movie tie-in cover to coincide with the original animated movie on Disney+ premiering December 2022! Greg Heffley's got a secret, and if anyone finds out the juicy details, his life is going to get turned inside out. Unfortunately, he's also got an older brother, Rodrick, who has a talent for sniffing these things out. But secrets can't stay under wraps for long - especially when there's a diary involved. This special edition, with an exclusive cover image, is to celebrate the full-color, 3D animated Disney+ production of Diary of a Wimpy Kid: Rodrick Rules. Rodrick's band, Löded Diper, has never been so awful, and the laughs have never been so loud. And with 275 million Wimpy Kid books in print and counting, Greg Heffley's world has never been bigger. WHAT'S IN DIARY OF A WIMPY KID? 50% words, 50% cartoons, 100% hilarious! Stories that all readers can't wait to get their hands on Laughter guaranteed! 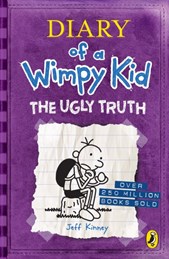 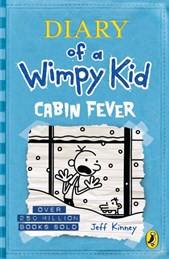 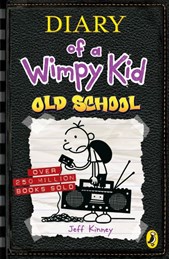 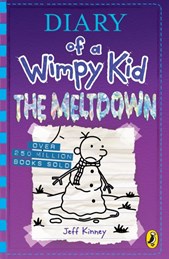 THE ONE WITH THE WINTER BATTLE! *The thirteenth laugh-out-loud, fully illustrated bestselling Wimpy Kid book!* Snow has shut down Greg Heffley's middle school! Which should be exciting, but now his neighbourhood is a wintry battlefield. And Greg and his best friend Rowley are caught in the crosshairs of territory battles, epic snowball fights and massive snow forts. Can Greg and Rowley navigate the art of war when their street goes into meltdown? Or will they even survive to see another day? ABOUT DIARY OF A WIMPY KID: · 50% words, 50% cartoons, 100% hilarious! · Hilarious stories that all readers can't wait to get their hands on · Laughter guaranteed! · 200 million copies sold worldwide 'Kinney is right up there with J K Rowling as one of the bestselling children's authors on the planet' - Independent

In The Deep End , book 15 of the Diary of a Wimpy Kid series from #1 international bestselling author Jeff Kinney, Greg Heffley and his family hit the road for a cross-country camping trip, ready for the adventure of a lifetime. But things take an unexpected turn, and they find themselves stranded at a campsite that's not exactly a summertime paradise. When the skies open up and the water starts to rise, the Heffleys wonder if they can save their vacation - or if they're already in too deep. And don't miss Rowley Jefferson's Awesome Friendly Adventure , an all-new fantasy from Greg's best friend - the follow-up to the instant #1 bestseller Diary of an Awesome Friendly Kid: Rowley Jefferson's Journal . In Diper Överlöde, book 17 of the Diary of a Wimpy Kid series from #1 international bestselling author Jeff Kinney, Greg Heffley is finding out that the road to fame and glory comes with some hard knocks. When he decides to tag along with his brother Rodrick's band, Löded Diper, Greg doesn't realize what he's getting into. But he soon learns that late nights, unpaid gigs, fighting between band members, and money troubles are all part of the rock 'n' roll lifestyle. Can Greg help Löded Diper become the legends they think they are? Or will too much time with Rodrick's band be a diper överlöde?